Here follows a list of some of the business development projects undertaken by Keogh Bay.

Keogh Bay undertook three separate business feasibility studies on behalf of TDC for the establishment of a pest control business, a cleaning business and a fishing bait business.  Each of these studies was supported by a business plan.

Keogh bay reviewed the arrangements at Wadeye, NT for the supply and sale of fuel (opal and diesel) and made recommendations for future changes to the pricing methodology and the supply arrangements.

Keogh Bay undertook a review of TDC’s commercial businesses and developed a new business plan for each business line.  Keogh Bay then developed and supported implementation of a business improvement plan for the Housing and Construction business line.

Keogh Bay director Jonathan Price conducted financial due diligence pending MG Corporation’s potential purchase of a camping and caravan business in 2015. This required analysis of the prospective business’s income and expenditure trends as well as its financial position.

For this project, Keogh Bay developed participant materials for ‘Contracting, Tendering and Prequalification’ and ‘Developing your Business Management Skills’ workshops on behalf of the SBDC. We also delivered these workshops to small business owners across the Pilbara and Midwest.

Keogh Bay undertook a feasibility study and developed a business plan pending the establishment of an engine oil recycling business in the Pilbara. The outcome was a feasibility analysis report detailing the significant opportunities and risks associated with the proposal.

Keogh Bay conducted a feasibility review on behalf of an Aboriginal business owner into the viability of setting up a roadhouse in Wyndham, East Kimberley. We determined that the proposed roadhouse would most likely not be viable in the long-term, so ultimately helping the business owner avoid a poor investment.

This project involved Keogh Bay completing feasibility studies on behalf of KMAC to determine the viability of establishing a Cultural Awareness Training business and Cultural Heritage Survey business in the Pilbara. The determination was made in consultation with the Kuruma and Marthudunera communities as well as the mining companies that would potentially benefit from such services.

Further to its initial business support project, Keogh Bay was contracted by IBA to roll out prequalification workshops and mentoring services across South Australia and Western Australia.

Here follows a list of social license-to-operate projects that Keogh Bay has undertaken:

In 2014, Keogh Bay advised a major tourism business regarding its approach to agreement-making with native title holders.

During this project, Keogh Bay guided Northern Minerals throughout its agreement-making process with the Jaru people in south-east Kimberley.

Between 2002 and 2004 Matt Wrigley also worked with Argyle Diamonds to produce plain English materials and other communication tools during the negotiation of Argyle Diamond’s Participation Agreement.

In 2013, Keogh Bay reviewed a mining agreement on behalf of a large mining corporate and Pilbara Aboriginal group. 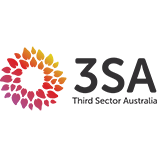